A BIT ABOUT US

Michiana’s Largest Sand, Stone and Outdoor Living Company
Outback by Knepp started as a northern Indiana sand and stone provider. Over the last several decades we have grown to be one of the largest Outdoor Living companies in the region. We serve Northern Indiana, Southern Michigan, Northeast Illinois, and Northwest Ohio. Our facilities and depth of products are both vast. Our 15+ acre property houses huge selections of products to meet our customer’s need. We provide Sand, Stone, Mulch, Pavers, Landscaping Tools & Supplies, Landscape Lighting and several other related products to residential customers, businesses, general contractors, home builders, landscape contractors, agricultural customers and masons. Today Outback by Knepp is one of the largest and most respected companies of its kind in the country. Known for quality, selection and customer service, Outback focuses on complete customer satisfaction. That commitment has continued to keep us Michiana's first choice in outdoor living supplies and materials for many years!

The company was founded as a small family business in 1960 by Lester Knepp. His focus of the original business was to provide local farmers and other companies agricultural lime spreading and grain hauling. Lester serviced his customers for over 30 years. During that time, he grew the business and a very positive reputation. Lester became the 'go to guy' for the services his company provided. 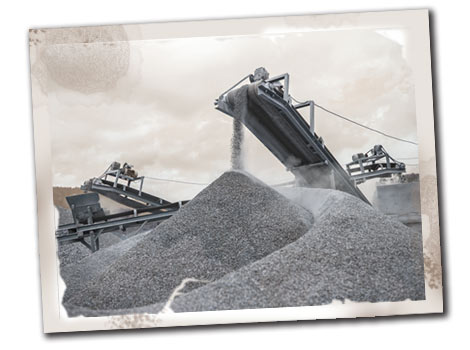 After 33 years, Lester Knepp decided it was time to move on and he sold his growing company to John Schrock. John added landscaping stone to his lineup of products. Due to tremendous growth, size and layout became an issue and John realized a new property was needed. He found the perfect location (still in New Paris and just a couple of miles from the original location) and soon moved.

In 2008, Knepp’s expanded the corporate office and storefront, which drastically improved the comfort and convenience for Knepp customers. Plus, with several new vendors and product expansions we have developed an impressive variety of hardscape materials for our customers to browse, covering over 15 acres. In addition to the massive collection of hardscape materials, John also added an extensive variety of mulch, soils, limestone, and agricultural lime. 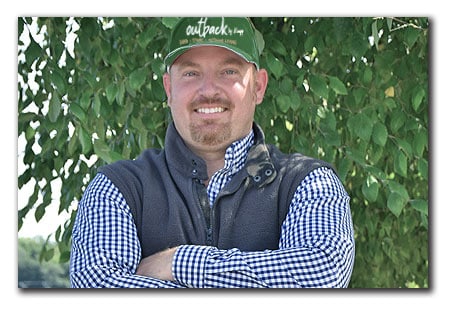 THE NEXT GENERATION AND THE OUTBACK FUTURE

After 28 years of hard work, growing his company, John decided it might be time for him to move on. He began looking for a buyer for the successful venture. It was in 2016 that one young entrepreneur heard of the opportunity and began exploring possibilities. Ryan Hamil was introduced to the company and became quite interested. By late March of 2017, Ryan became the new owner of Knepp Sand & Stone.

This was just the shot needed to take the company to the next level. Building stone product lines were added and internal systems were improved which resulted in better logistics, better customer service and a more diverse product offering. Due to the dramatic changes in the company’s offerings, he decided to develop a new brand which encompassed more of what they provided to customers.

Today Outback by Knepp has transformed into one of the largest Outdoor Living companies in the entire region. All in all, they provide virtually anything and everythiung that you can imagine for your yard, whether home or business. Today we Outback by Knepp continues their legacy of delivering a huge variety of outdoor living products at affordable prices and are now the region’s #1 Sand, Stone and Outdoor Living Center! 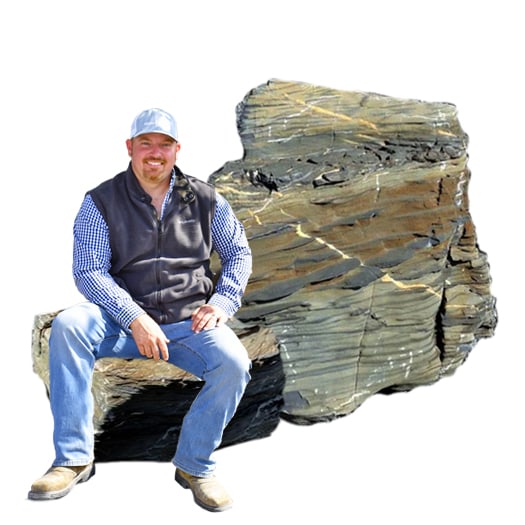 One of the main reasons that Outback by Knepp has continued success is that we have kept our mission in front of us whenever we work with a customer (new or existing) and with every project we are involved with.

We believe that EVERY customer and EVERY order (no matter how large or small) is vital to our continued business success. Our goal is to provide you the very best  product knowledge, the best selection of products, competitive prices, quick delivery of product and exceptional customer service.

We offer many things to many people but, what we are most proud of is that fact that we do it right! That’s just the start of who we are.

We invite you to come and visit our Outdoor Center & Yard.
“It’s worth the Drive”.

At Outback by Knepp we have an extensive collection of products for your home or business. From boulders, decorative rock, various types of sand and soil to pavers, retaining walls, edgers and outdoor lighting... when it comes to anything that improves the look and foundation on your outdoors, it is most likely that we can provide it to you at a competitive price, quickly and with exceptional customer service. Outback by Knepp is one of the country's largest suppliers of out living products. Check out our Landscape Products section or our Building Products section for more information.